I am pleased to announce that Charles Fish Investments, Inc. (CFI) has just merged with Brentview Investment Management, LLC.  For over a year, CFI has been searching for a partner whose investment philosophy and dedication to their clients would be compatible with CFI’s. Importantly, we wanted a partner that could help our existing clients as well as promote CFI’s growth. Brentview recognizes the unique value we bring to our clients and will not change the manner in which CFI conducts its business. With offices in Chicago and Los Angeles, they make an ideal partner for us. They have received a five-star overall rating from Morning Star and were recently featured in US News and World Report. I’ll be sending you more information about them soon.

CFI will continue to manage client portfolios just as we have these many years and the people you have come to rely on will be the same.  I have personally committed to many more years of service. I can’t tell you how much I appreciate the loyalty you all have given CFI and I promise that you can continue to count on the same level of performance, service and integrity as in the past.

Please give us a call anytime if you have any questions or would like further information. 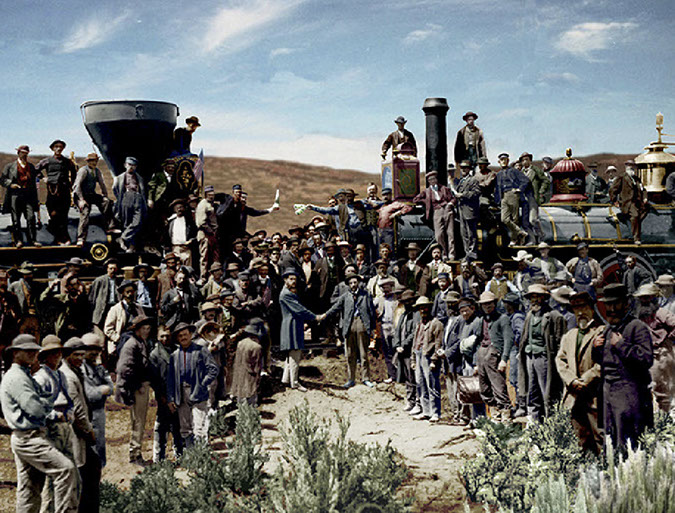 “The history of failure in war can almost be summed up in two words: too late.”

Let us be clear. The risk reward equation for the pandemic vs. the economy is glaringly asymmetric. COVID 19 must be brought under control now, regardless of how delayed the reopening of our economy. As I’m writing this letter, the death toll in the United States from the virus has reached 130,000. The Influenza Pandemic of 1918 killed an estimated 195,000 Americans in the month of October alone. Some 675,000 of our country’s citizens died before it ended, and that was when America’s population was less than one-third of what it is today. That pandemic is estimated to have caused fifty million deaths worldwide: three times the deaths caused by the First World War that was raging at the same time. Yes, things could get a lot worse.

My alarm has three main sources:

The courage and patriotism displayed by our health care workers and first responders is worthy of our highest praise, and the quick actions of the Federal Reserve are also laudable. Future historians may well credit them with averting a depression. Complaining by some, that their rights are being violated if they have to wear a mask in public, is simply unacceptable. It’s part of our Social Contract. We don’t smoke in public buildings, pollute our water supply, or drive 100 MPH through our neighborhood streets because it endangers others.

During the Civil War, many in Congress vilified Sherman’s March and Grant’s iron will. But I ask you, how many more thousands of soldiers would have perished if the fateful 1865 meeting at the home of Wilmer McLean had been postponed for two, three or four more years? It is the absence of iron will that imperils us now.

Despite the pandemic, the municipal bond market is more than holding its own.  Newly minted bond issues, as compared to where they were back in the middle of March, have dropped in yield about 225 basis points for short bonds, 196 basis points in the ten-year range, and 163 basis points on the long end. Spreads between credit ratings have also narrowed. While the yield difference between ten-year triple A (AAA) bonds and comparable non-rated debt was over 200 basis points back in March, they’ve narrowed to about 135 basis points in today’s markets.  The fact that more bonds are maturing, or being called, than the new issue pace is able to replace, is certainly contributing to the decline in bond yields.  Added to this is the unprecedented participation of the Federal Reserve as a purchaser of municipal debt for the first time in its history. The decline in yields on taxable municipal bonds is even more spectacular.

General MacArthur’s admonition aside, there is still time to defeat this pandemic if we have universal adherence to the protocols we all now know so well. Other countries have proven this.

To Our Valued Clients:

On February 27, 2020, the Orange County Board of Supervisors, along with other county boards throughout California, declared a state of public health emergency in light of the increasing spread of the coronavirus to more California locations. Under the circumstance we understand that you may have concerns about the continuity of our business operations.

Should evidence of a sustained person-to-person transmission of the virus become apparent, CFI anticipates there may be regulatory mandates that would affect or curtail our daily trading and clearing activities. Our firm is committed to taking all necessary steps to protect its staff while ensuring the oversight of our clients’ investment portfolios.  Policies and procedures are in place, all equipment has been readiness tested, and vendors notified to ensure a seamless transition to offsite work locations should this become necessary. In addition, all staff members have been informed of self-monitoring procedures, minimization of congregate settings, and the essentiality of self-isolation at home at the first signs of illness themselves and/or among family members.

Please be assured that we are monitoring the situation closely and know that we stand ready to assist whenever and in whatever manner appropriate. Updates on our work status will be sent on an as-needed basis. We hope you and your family stay healthy during these uncertain times. Should you have any questions or concerns, please do not hesitate to call us at 949-296-3970.

“There are no great men, only great events to which ordinary men must rise.”

In 1350, three years from the time the bubonic plague first invaded Europe, Pope Clement VI declared a jubilee in Rome, announcing that all1 should come to praise God and give thanks for the end of the “Black Death.” They did, causing the plague to reignite, killing countless thousands more. Surely, when the surge in our current pandemic passes, many containment protocols will need to remain in effect for months to come. The crisis will not truly come to a halt until an effective immunizing vaccine brings an end to new cases worldwide.

As the graph on the pdf below shows, the municipal market took a crash dive two weeks ago.  While highly rated bonds due in ten years or less have since recovered about two-thirds of their declines, spread products (lower rated or non-rated bonds) have only recovered about one-third of their much greater losses.

The level of fear associated with the COVID-19 pandemic triggered a panicked scramble to raise and horde cash as well as empty store shelves of food and supplies. The liquidity crisis was stemmed by the aggressive intervention of our Federal Reserve. Through a number of maneuvers, it effectively opened the flood gates on the world’s primary reserve currency and it is working. Tenuous to be sure, but working.

The dislocations in the muni market and tidal wave of forced selling by mutual funds have presented a once-in-a-decade opportunity to improve municipal bond portfolios. While eagerly embracing these favorable circumstances, we are not among those anticipating a “V” shaped recovery. For starters, the arc of the pandemic will take some time to play out and we must protect against prematurely letting our guard down.  China, for instance, has had to reimpose some restrictions such as re-closing movie theaters.  The huge explosion of debt, coupled with a huge implosion of revenues, will curtail public spending for years to come.  Corporations, lacking the required liquidity, will cease buying back their own shares, a significant impetus behind the eleven-year bull market in stocks.  The money sent to families around the country may pay for food and medicine, but will leave nothing for discretionary spending, robbing the economy of any surge in hiring.  Unemployment will surpass 15%, especially if you add in those not counted by the Bureau of Labor and Statistics, because, hoping to be rehired, they are not technically looking for work.

We are encouraged by the hundreds of clinical trials being conducted here, in China and elsewhere, searching for effective medicines as well as a vaccine. We are encouraged by Congress’s acknowledgment that they must do much, much more.  And we can take heart in the courage and sacrifices of our medical professionals and first responders. We are less encouraged by the response to date of our executive branch, however there remains much that can still be accomplished, both tactically and logistically. To “…provide for the common defense…”2 is a federal responsibility.

One thing is for certain, the munis that are most exposed (such as revenue bonds for venues that have been closed) will have a diminishing chance of recovery the longer the pandemic lasts. Federal assistance is needed here as well.  Sending aid to the various states and letting them administer the temporary rescue measures for these bonds makes the most sense.

When the bubonic plague of the mid-14th Century hit London, it’s citizens, citing the Papal Bull of Pope Gregory IX that declared black cats were demons, started killing them. The frenzied mobs soon started killing all cats, black or not. The only natural predator to the plague flea carrying rat was wiped out. We should not allow issuers of municipal bonds to be wiped out due to the imposition of constraints aimed at combatting COVID-19.

1 The Pope stayed safe in Avignon, sending a Cardinal in his place.

2  Preamble to the United States Constitution

The contents herein are for informational purposes only, and under no circumstances are they to be construed as a recommendation of a solicitation. The information and opinions herein are subject to change without notice and CFI does not undertake to advise the reader of changes in opinion or information.

Charles Fish Investments, Inc. (CFI) founded in 1984, is a Registered Investment Advisor with the Securities and Exchange Commission under the Investment Act of 1940 and notice filed with the California Department of Business Oversight. The firm, which is wholly-owned by its employees, is not affiliated with any broker/dealer. CFI's revenues are derived exclusively from the fees received for the investment advisory and/or management services provided.